We honor those members of the Bristol Police Department who have made the ultimate sacrifice.

Each has honored their commitment to serve and protect. 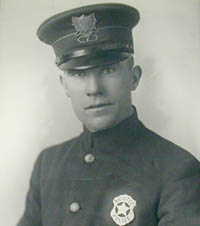 Officer James McNamee died in the line of duty on January 16, 1930. He was the first Bristol Police Officer killed while performing his duty. He was shot at the Ebb Filling Station located at the corner of Stafford Ave and Washington St while attempting to apprehend three car thieves. The building later became Ivy's Liquor Store which stood for many years until demolished in 2001 to allow for straightening of the intersection. For additional information on the arrest and conviction of the suspect, click the Bristol Press newspaper accounts listed below. 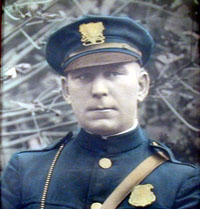 Officer James Burns died in the line of duty on May 29, 1941. While investigating a domestic dispute on lower Union Street, he was gunned down by the male suspect, his brother-in-law. The suspect also wounded a second officer. A gun battle ensued with other officers at the scene and the suspect was eventually taken into custody. Officer Burns had been a police officer for 21 years. For additional information on the shooting of Officer Burns, click the Bristol Press articles listed below. 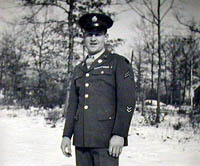 Officer Ernest Schilke died in the line of duty on May 17, 1944. While attempting a rescue at the Wallace Barnes Rolling Mill on Broad St., he was overcome by noxious gas fumes and died at the scene along with another factory worker. Firemen had attempted to rescue Schilke but he fell 30 feet into a pit and could not be saved. He was 23 years old and single at the time of his death. For additional information on the death of Officer Schilke, click the Bristol Press articles listed below.